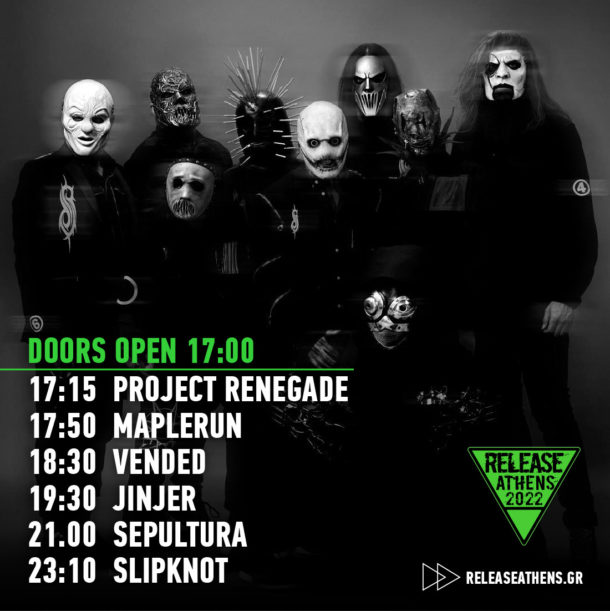 The twelfth and final day of Release Athens 2022 will take place on Saturday 23rd of July with a truly rich lineup that includes some of the most important bands of the metal scene.

Headliners are the great collective of Slipknot, who are returning to Greece after many years, with a live show that we are eagerly anticipating after the rave reviews that followed the first leg of their tour on the other side of the Atlantic. They are joined by the Brazilian Sepultura, one of the most influential bands of the metal scene but also by the two bands that Slipknot chose to support them on their European tour: the Ukrainian Jinjer of the sensational Tatiana Shmayluk and Vended, the band that wants to follow in the footsteps of Slipknot since among its members you will find the sons of Corey Taylor and Shawn “Clown” Crahan.

Presale continues at 65€ while at the box office the ticket will cost 70€.

For all information (prices, line up, access etc.) visit www.releaseathens.gr

3 weeks ago in Uncategorized
FEATURED VIDEO
NEWSLETTER SUBSCRIPTION
Sign In